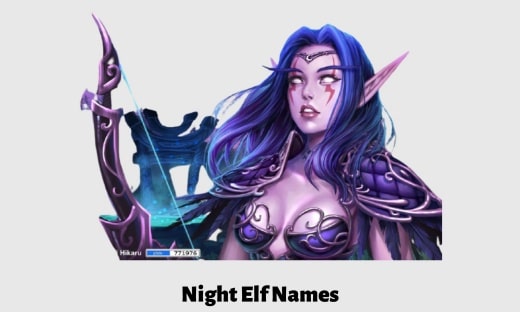 Night Elf are also known as Kaldorei or children of the stars. They are powerful and mystical creatures. They were immortal at one point in time but they sacrificed their immortality during the war. They were also among the first to study magic and they were direct successors of the dark trolls. Night Elf has silver or golden color glowing eyes and almost 7 feet tall. They work together and individually on protecting their homelands and nature in general. They worship the Moon Goddess Elune.

So we hope you find Night Elf Names from this article.