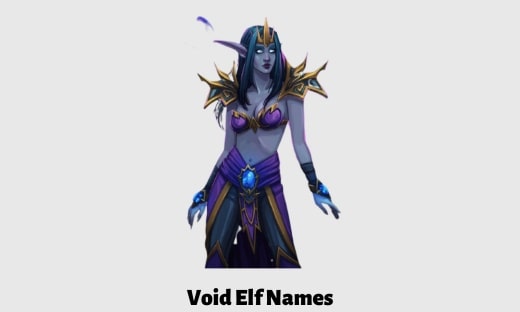 Void Elf is also known as “children of the void” or Ren’dorei. They are from a group of blood elves exiled from Silvermoon. They were saved by Alleria Windrunner from the Void’s grasp. They now possess the ability to metamorphose into a void form of themselves because of the void. Now, They follow Alleria Windrunner and are part of the Alliance.

So we hope you find Void Elf Names from this article.